Soon Your Job May Not Exist

You wake up on a mattress made in a German factory solely occupied by robots which work 24 hrs a day 7 days a week. They never make a mistake, get tired, go on a lunch break, or ask the boss for a vacation. Starting the day, you hop in the shower. The water is sourced from your local Water & Power facility which is devoid of a single human as the entire process has been automated.

The mirror you stare into while brushing your teeth also displays the news, weather, your social networks, and personal schedule….which has an alert stating that you’ll be late for work if you aren’t out the door in the next 4 minutes. You tell the mirror to hail a “cab” while struggling to put on your uniform. There is a car, with no one in the driver’s seat, waiting on the street with its door open and inviting you in.

The completely autonomous vehicle already knows your destination and in a split second has analyzed a mountain of data to determine every side street, alley, turn off, and shortcut needed to expedite your trip far better than the best GPS device of today. In record time it pulls up to your work. Stepping out of the car you quizzically stare at an abandoned building slowly being overtaken by wild vines and moss. Wait…what? Oh that’s right, in 2030 your blue collar job won’t exist anymore.

This situation is hypothetical, yes. But surprisingly, it reaches further into the realm of science fact than science fiction. The Martin School of Business at Oxford University recently released a study that says 47% of our jobs will be lost to robotics over the next 15 years. That’s right, basically half of all the jobs you know of in the US will be no longer be filled by humans.

An excerpt from the study:

“Our predictions are that computers will substitute people in low-wage and low-risk jobs in the near future. For workers to win the race, however, they will have to acquire creative and social skills.”

That phrase transitions nicely into one of my favorite quotes.

“Necessity is the mother of all invention” – Plato

But I like to think of it as “Necessity is the mother of change”. Very soon, if you want to eat and have the ability to pay rent, you’ll have no other option but to step outside of your comfort zone, use your creative prowess, and make something unique. There are those that dread the coming years; I couldn’t be more excited. Soon the times of “I’m just here to make a paycheck” will be gone and the human race, due to our own incredible desire to be “more than human”, will be forced to innovate at a scale never before seen. There will be countless “rags to riches” stories as the need to create on an individual scale will be unprecedented.

The only real question now is: What will you be? An architect, physicist, coder, hacker, artist, designer, inventor, engineer? 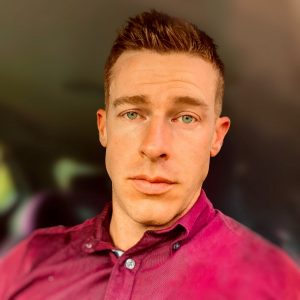