In 2015, we had the opportunity to speak with Gabriel Mann, the man behind the music of Modern Family and Rectify, among many other projects, about his musical journey in general and juggling scoring dark dramas and comedy. Today, we’re back in another conversation with Gabriel, where we talk all things Rectify as the Sundance TV show goes into production for its fourth and final season. We got to touch on the unique elements of the score, collaborating with Ray Mckinnon, surprises in store for the future, and dealing with hairy creative situations, among many other things.

Below are a few lines from his bio on his official website, followed by the video/audio of our interview with him:

“A composer, songwriter, singer, and member of LA-based alternative rock band The Rescues, Gabriel Mann has made significant strides in almost every corner of the music industry.

Equally comfortable in drama and comedy, Mann wrote the unmistakable “Hey Hey” theme and continues to compose underscore for the award-winning hit comedy series “Modern Family,” now in its seventh season. His score for the Sundance Channel’s prison drama“Rectify” was dubbed “remarkable” and “hypnotic” by Time magazine. Other current and forthcoming projects include Nickelodeon’s “School of Rock,” Fox’s procedural drama“Rosewood,” Ken Jeong’S “Dr. Ken” for ABC, Dreamworks Animation’s “Dawn of the Croods,” and CBS’ “Angel From Hell” with Jane Lynch. Past shows include NBC’s “Marry Me, CBS’ “The McCarthys,” CW’s “Star-Crossed,” TV Land’s “The Exes,”  ABC’s “Trophy Wife,”ABC Family’s “Twisted,” Fox’s “Friends With Better Lives,” NBC’s“Bent,” and many others.Gabriel was also asked to write for ABC’s Yellow Ribbon campaign for the 2013 holiday season, where composers were paired with filmmakers from the armed forces.

Some highlights over the years: Mann produced Sara Bareilles’ first album “Careful Confessions,” was resident songwriter on all four seasons of Fox’s “Arrested Development,” supported Alanis Morissette as a solo artist on tour through Europe, opened for the legendary Rolling Stones in England while touring with Tim Burgess of theCharlatans, sang on a Jack in the Box Superbowl ad in Spanish, and is a featured vocal soloist in Office Space and “The Lorax.” He backed up Adele on the 2013 Academy Awards, sang on Muse’S latest album, and played a Christmas vs. Hanukkah show with Katy Perry.

Between his busy schedule composing music and lending his vocals for various projects,Mann finds time to make his own solo albums, a series of yoga/massage/chillout records with side project Vive, records with The Rescues, and is an occasional sideman for other artists. On Saturdays you will likely find him in a yellow shirt refereeing his kids’ soccer games, and/or dining at the Apple Pan on Pico Boulevard.”

Many thanks to Gabriel Mann as well as Maike at White Bear PR for helping make this interview happen. 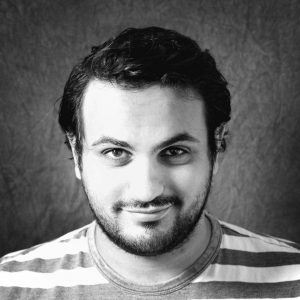 Composer, artist, multi-instrumentalist and performance poet based in Melbourne, Australia. His music covers a wide range of styles and sensibilities and often intersects with his poetry. He is part of international production house EON Sounds, working on various film, TV, video game, and production library projects.
 5/5