Thanks for chatting with us. You’ve scored music for a huge list of games over the years. Would you consider yourself more of a game composer, or a film composer?

It’s interesting because I set out to score films right out of college, and never thought I’d be scoring games or television.. When I found out about game soundtracks, I was excited because there were opportunities to write for full orchestras in different styles. It was great for many reasons, but a total surprise to me really. A few years after I started scoring games here in LA, I met some directors and started working on television spots and films alongside the games, which eventually led to scoring CSI:NY which wrapped it’s ninth and final season last year. While I was working on CSI:NY, I also continued working on games, which included more music for Wolfenstein, Lineage 2 and Captain America: Super Soldier among others.

Click here to listen to music from the original Return to Castle Wolfenstein.

You scored the music for the Wolfenstein games. How did you develop the music throughout the series, and what were the most difficult challenges you came across when scoring the games?

Return to Castle Wolfenstein was a really great project to work on for a lot of reasons.. The score looped throughout the entire game – it was budgeted for about 30 minutes of score total including the intro and in-game cinematics. For anyone who played it, they would remember the intro cinematic really set the tone for the game, and it gave me an opportunity to write a suite of themes that I would use in the remaining score. It was a blast finding unusual musical sounds to match the tone of the game.. for one of the levels we recorded and sampled these huge spring drums to create ghostly metallic rhythms with. I really don’t remember anything challenging on those projects, just lots and lots of fun.

When I had the opportunity to score the sequel to Return to Castle Wolfenstein in 2008, we had more than twice the minutes available to record and even bigger levels and thematic opportunities. (as a side note: It was actually that score that was temped into Captain America: Super Soldier that helped bring me onboard that project a few years later).

Did you develop themes from earlier Wolfenstein games, or start from scratch each time and create new ones?

For the intro cinematic to Wolfenstein (2008), we actually used the same themes I composed for the intro cinematic for the original game, but with a larger orchestral pallette which was fun. Wolfenstein had so much new territory (ha.. no pun intended*), we ended up with a lot of new material, but some nods to the original game for sure. My concept for it was always that the score would feel larger, using a bigger orchestra – everything taken to the next level like the game had done, inspired by Return to Castle Wolfenstein of course! *One of the original mission packs I scored was called Wolfenstein: Enemy Territory.

When you begin scoring a project, how do you decide on the “sonic palette” to use?

There are a lot of variables that go into those choices for sure. The size and scope of the project, the narrative, the locations, the characters all influence the instruments and sounds we choose as a production team. I’m just starting a new film project and reading the script I was thinking gamelan, or gongs playing minimal rhythms might be an interesting sound against the narrative even though the story is set in LA. Then it’s a matter of getting the right sounds…As I’m working to some test shots now, I’m finding that concept is working nicely along with using piano and electric guitar for emotion. It really comes down to the footage in the end and what will bring the ‘right’ tone or emotion out.

With budgets shrinking, and technology improving, sample libraries can be used instead of, or in conjunction with, live players. Working in both film, TV and video game scoring industries, what are your thoughts on the topic?

Using live players / instruments takes it to the next level every time.. there’s no doubt about it. The technology and samples are getting better every year and I find it’s helpful to stay on the cutting edge of that as well. I don’t think there is a right or wrong answer to this, if it sounds great.. then it sounds great. But if your project needs orchestra, it’s just better to use an orchestra, period. The directors and producers who understand will make it work, even with lower budgets. I just hope we don’t lose all of our recording stages here in LA as things with the union and the industry in general settle here. I do wish we could go back to separate budgets for musicians and composers though.. ‘Package deals’ have muddied the water.

When you finish a project, do you ever worry about when the next one will come along?

I only started thinking about that recently actually. The first 10 years of my career, I was the director of music at Soundelux DMG and was constantly meeting new directors, developers, producers, etc. and was working on many different things simultaneously. Getting CSI:NY back in 2004, moving to my home studio and having kids sort of changed that hyper-networking path. The industry has also shifted and there are honestly less films and a lot more competition for them out there, with much lower budgets.

Now I’m finding that working on the projects I really want to work on is what is resonating for me. Television has been exploding with rich content these past few years, and I’m tremendously excited about that. True Detective, Ray Donovan, House of Cards… so many amazing things happening on TV. I’m really looking forward to doing a project of that caliber in the near future and am really excited about the possibilities.

My day: wake up, coffee, make breakfast for the kids, make lunch for the kids to take to school, coffee… studio!! coffee.. music!!! music lunch music music.. wine. hang with the family, food, homework, piano practice, maybe hop in the pool.. maybe a book. sleep. repeat. ..and usually work out at least once a week whether I need it or not. ha.

With the long work hours that film/TV/game scoring requires, how do you deal with burnout?

I’ll usually just walk away from the studio if I’m not feeling it. (most of my thematic ideas come to me away from the studio anyway) Sometimes if you’re working on a deadline it’s not possible to step away and in those cases I’ll bring in musician friends and just work it out in the studio. Having a friend with you can be really helpful to help keep your spirits up and go in new directions.

You still have to work your ass off regardless. There’s no way around that, but if you’re lucky it feels more like play most of the time – which it usually does. I’m lucky.

What are your thoughts on “the death of the theme” in film music?

‘Theme‘ has really changed in recent years. There are still opportunities to write themes, but these days it’s more motivic, more about minimal patterns and signatures that get underneath the picture in a subliminal way. If it’s too busy or sweeping, it will take the audience out of the movie / show which we don’t want.

These days atmosphere is king. Maybe people have become more attuned to themes, and in doing so, we’ve had to evolve into a more subliminal world. But still, even if its motivic, we use ‘themes’ all the time. I still develop minimal things through narrative, and sometimes have opportunities to really open and introduce hummable, singable themes.

There are still lots of opportunities for themes and more traditional scoring in games which is cool. I started my career with the focus of writing memorable themes (being inspired by Goldsmith, Williams, Barry and all the rest..) They’re still happening all the time in scores, you just have to listen more closely for them. I’ve still written themes, even recently.. Like in this indie film noir thriller I scored called DUKE just as one example:

These days atmosphere is king. Maybe people have become more attuned to themes, and in doing so, we’ve had to evolve into a more subliminal world. But still, even if its motivic, we use ‘themes’ all the time.

What are some of your little composition tricks that you consistently use from project to project?

My template is my starting point and I’m always updating the orchestra side of it and adding new ambient and percussive sounds. Sometimes I’ll pick up a new instrument and play ideas for a different perspective musically. The most powerful thing for me is to be able to read a script or watch footage without any preconceived notion about music and see what ideas come up on a visceral level. That’s really the fun part. Like hearing those gong rhythms while reading this new script. Or hearing a particular instrument for a character or narrative arc. My mind is my secret weapon, and then I use the technical stuff and ideally musicians down the line to communicate what I’m thinking of.

What are your resources of inspiration, both artistically and sonically?

What are your favourite plugins and sample libraries at the moment?

I just wrote this new piece of music yesterday inspired by the script for ‘Assassin’ (a film I’m scoring early next year) within which you can hear rhythms from Noiseguild’s new 24 Tone Gong library among other things from Spitfire, etc. (Check out the audio here) With this cue, you can hear just me “sketching” ideas without concern for locking to picture, etc. Just trying out ideas to see how they work. I’m also really enjoying 8Dio’s new string libraries across the board. Agitato is pretty incredible I have to say, and anyone who has heard my demo work for them knows how much I enjoy Adagio and all of their other stuff. Spitfire has become a go-to for me as well. So so many libraries.. I enjoy getting beta copies and staying on the cutting edge of it all. It all serves the music, and the projects well in the end.

What one gadget could you not do without on a daily basis?

My email.. ha. For music, I’m not sure.. I could adapt if needed. I just need an instrument and some way to record it so we can use it for the project. I have to admit it’s nice having all the gadgets, but honestly, it’s about the visceral soul of the music and how it communicates emotion. That’s the bottom line.

Bill Brown recently completed scoring his ninth season of the hit drama ‘CSI:NY‘ for CBS and continues to write music for films, television and games in Los Angeles, recently scoring the independent films ‘Dermaphoria‘, ‘Layover‘ and ‘Rushlights‘ along with scoring ‘Captain America: Super Soldier‘ for Marvel / Sega. Bill’s scores have been nominated by the British Academy of Film and Television Arts, the Game Audio Network Guild, and have won awards from the ITVA and BMI as well as the Music4Games Editor’s Choice award. He is represented by Randy Gerston at First Artists Management. www.billbrownmusic.com 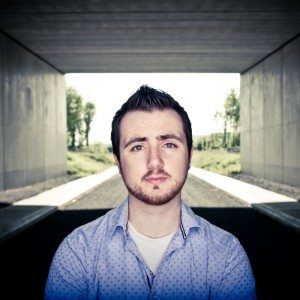 Emmett Cooke is an Irish composer for film, tv and video games. His music has been used around the world by high profile companies including Sony Playstation, Ralph Lauren, ABC, CBS, NBC, Lockheed Martin and many more.
 5/5