How Much You Should Charge For Your Music

How much should I charge for my work? The age-long question, asked by every single freelancer since the beginning of time. Granted, it’s a hard question to answer if you don’t know where to begin. How much is reasonable? How little is too little? What about free?

Let me tell you how much: exactly as much as you want. Charge what you think you deserve. What you need! What you want. Chances are you will get paid that, if you simply ask for it.

A very – very – important aspect of this to understand is that you can almost never ask for more than what you originally asked for. If a project reveals itself to you, and you ask for $500 to do the music – you can’t later on suddenly say that you want $1000 instead, as the director would accustomed to the initial price you presented.

Instead – do this: ask for a bit more than what you really want. You wanted 3k for doing that indie film score? Ask for 6k. They will know you mean business, and that you’re professional. Saying you’re OK with 1000 bucks for it will limit you a lot. And don’t worry, they won’t run away as soon as they hear 6k – they’ll start negotiating because they want you. They’ll say: “That’s higher than our budget allows. We can spend a total of $4000 on the music.” – Boom! You suddenly got 1k more than what you originally was hoping for!

So, what about the small gigs? Small commissions here and there? That’s what I’m mostly getting, you say, the shorter projects here and there. What do I charge for those?

Want some straight up numbers? As I don’t believe in standard rates (because it all depends on the project, their budget, how skilled/experienced you are, etc), I do believe that it’s good to present some reference for freelancers to measure off, so they can start pricing their own work.

Here are some rates!

Are you a novice composer, with a lot of personal works but few professional ones? Try $100/min of music. So if you’re asked to write a 15 minute long short film score, it would amount to $1500. Name this as your price then! Are you satisfied with it? Do you think you deserve it? All about what you think yourself. You get paid what you ask for. Never more (99 times out of a 100).

Maybe you’ve never scored anything professionally, but just love to write music and want to become an awesome film composer. If an indie director comes along and gets interested in you scoring his short film, then perhaps strike up a good friendship and do it for free, or ask for something small – like a few hundred bucks for everything. It’ll give you some beginning experience, some friendships and learn how things can be in a project.

Doing work for free, or very little, in the beginning is OK. First collaborating project or two can be fun and free. A learning experience for all with no money involved.

… perhaps you’ve been in the game for a while, doing some short films, writing some music on projects that actually have some budget – what then should you be charging? You’ve gained some decent experience, you’re in the business now. Try charging a minimum of $300/min! If you write 2 minutes of music per day, that’s 600 bucks a day. Pretty decent salary!

But again, the most important aspect is to not sell yourself short, or become the “cheap guy/girl”. Charge what you need to charge, and don’t be afraid to ask for a lot – you can always go down in price for them (and they will see it as a discount), but you can never go up in price (they will see it as a bad deal). 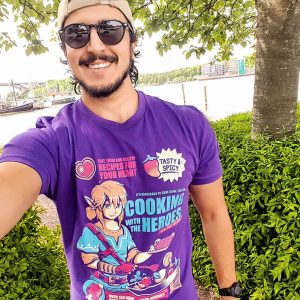