Film music comes in all shapes and forms. Films may contain scenes of happiness, joy, sadness, mystery, horror, intense action and much more – all requiring different types of music. But what makes happy music happy, and what characterizes say, action music? In this article we’re going to look at some usual characteristics of music used in intense action scenes in films, and how you can use the same techniques for creating your own cues.

Before we start looking at the music, let’s have a quick look at the nature of the film scenes we’re talking about. In general they feature high intensity, chaotic scenarios like car chases, shootings, runaways etc, with events and picture cuts changing rapidly. These are characteristics the music will usually mirror, and we’ll have a look at exactly how one may accomplish that using musical elements.

This is usually achieved through high rhythmic activity, odd meters (5/8, ⅞ etc), frequent modulations and fragmented melodies. Chords are usually dissonant, adding even more tension to the scene, and melodies are often consisting of dissonant and uncommon scales – creating an even higher sense of instability and insecurity. Let’s have a little look at some common ways to use tempo and rhythm, harmony, melody and orchestration to set the mood for a cue in an action scene. Before moving on, have a look at this scene from Live Free or Die Hard, and notice how the music is used – before we break down some usual characteristic elements later in this article.

As we mentioned, the tempo in action/chase scenes are usually pretty fast, nicely portraying the high paced, action filled content in the movie. There is often a lot of rhythmic activity driving the music, in contrast to a more slow flowing string ballads in a sad and emotional scene for example. The rhythms can often consist of odd meters and heavy syncopation – achieving even less stability and higher tension felt in the music. And in contrast to a lot of other styles such as romantic love themes with a steady pace, changes in tempo and meters are common in action cues, following the frequent and quick changes in the scene.

A lot of themes of love, sadness, heroism and joy tend to consist of very pleasant chords and harmonies, put together in a pretty “predictable” way. Action cue harmonies on the other hand tend to use more unpleasant, dissonant and very unpredictable harmonies – reflecting the content on screen in an effective way. Intervals like minor seconds and tritones, as well as combinations of several very close notes played simultaneously called clusters, all help creating this uneasy and tense feeling in the cues.

That said, in moments where something is happening in favor of the protagonist of the movie, or when he/she does something bold and heroic – the music might reflect this by utilizing chords that are more heroic (like perfect fifths) – again supporting the events on the screen.

Modulations are frequently used to build and release tension in the cues. Let’s say that you have a chase scene where the main hero is driving away from a bunch of bad guys shooting after his vehicle. We might have established a pretty intense chase cue revolving around the key of D at this point. However, let’s imagine that the bad guys manage to shoot all of the wheels of the vehicle, and the hero now has to struggle real hard to keep his car on the road. The situation is getting worse, and a way to accentuate this in the music is to transpose the cue a half step up. We could then transpose the cue in the key of D up to D# for example, increasing the tension perceived by the listener. Using the same technique after you’ve modulated upwards, you could transpose down a step back when the situation is slightly more under control again. These chord changes occur pretty rapidly in this kind of music, adding to the rushed and uncontrolled and unpredictable nature of the scene.

Sometimes, there are no central and prominent melodies in action and chase music. However, when they do occur, they tend to be very fragmented and revolving around dissonant intervals and scales to portray what is happening in the scene. And just as with harmony, some consonant, heroic fragments might occur in moments with some bold and heroic actions from the protagonist. Melody lines can also just be really quick runs, adding some more movement in the cue, or they can sometimes be slow long notes in dissonant intervals. Generally in action music, melodic lines tend to be very quick and fragmented, or focusing on dissonant intervals instead of playing melodies that are the center of the cues like in a lot of other film music styles.

In traditional action cues, a large instrumentation is often used. Strings may be used used for repeating staccato figures, with accents usually enhanced by brass and percussion groups. They can also play long notes or melodies, usually emphasising dissonant harmonies. Woodwinds are often used for runs and ornaments, adding more movement to the cues. Powerful instruments such as brass is often used profusely in this kind of music, as they are able to portray the power needed in these cues. The brass players might accentuate hits with short articulations and play rhythmic patterns around the harmonies, or they might play melodic elements. A typical orchestration would be to have the trombones and tuba accentuate rhythms with short articulations in the low register and having the rest of the brass section play longer notes. That said, action cues vary widely in the ways they are orchestrated, and there are literally a thousand ways to do it. The best way to get an impression of how such material is orchestrated is to listen to an actual action cue from one of your favorite soundtracks.

I hope you enjoyed this brief introduction to action style cues, and stay updated for more upcoming film music articles! 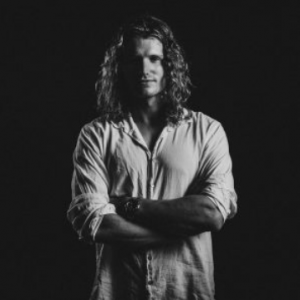