What’s up Evenant! This week, we had the pleasure of hanging out with composer Nicolas Felix! Nicolas is a trailer music composer who has worked with many well-known publishers, including Brand X Music, Dos Brains, C21FX , and is currently working at Chroma Studios.

Thank you for being with us today Nick! So, tell us a little about how you got started with music, and how your journey was like becoming a trailer music composer.

I started music when I was 7 years old, my parents pushed me into playing violin, which I learned for 6 years.. But nowadays, I can’t sound anywhere good except for horror dissonant music haha!

After 6 years, I stopped playing the violin mainly because it was too “formal” and that’s not what I was looking for. I wanted to play film scores and my teacher wasn’t so much into that.

That’s when I started the piano leading to my first compositions. My first ideas started there. It was amazing to be able to finally create but I needed something with more grit and dirtiness (ohhh yeah!). You guessed it! ROCK N ROLL BABY! I was so into it, started my first AC/DC and Metallica guitars lessons. Then a few bands: Rock, Metal, Punk/Rock, Metalcore, Hardcore. I had great time playing in front of people but managing people and their different characters wasn’t for me. Classical guitar had the same issue for me that the violin had, too “formal”. I felt like my creativity was behind bars.

Then I discovered the world of DAWs: Cubase/ Pro Tools and redirected my career to be a mixing engineer. That sounded great, I wanted to do that but somehow I missed music a lot…

I would have never imagined that one day I would be able to do music as my full time job.

Well… I was wrong!

At the end of my Bachelor Degree, I searched for a Film Scoring Master Degree. I found one in Lyon, France where I did 2 years there and 1 year in Montreal, Canada.

IT WAS SO MUCH FUN!

At that moment, I started to realize I was so much into film music! I found sometimes I really loved! And that’s when trailer music came in.

After this year in Canada, I came back to France and met my new business partner Salva over SoundCloud, which whom I would start Hybrid Chronicles later. Our first trailer track was for “ Skybound ” a music catalog that wanted to expand to trailer music.

1 year ago CHROMA asked us to be their exclusive composers. And that one of them should move to LA to be in-house. I had no children and wife in France so it was easier for me to take that jump! (Lucky me I guess?)

Since I arrived I’ve been doing solo albums, trailer music, ads and orchestral arrangements for other people!

Can’t be better here, and LA is fantastic! (They have bubble tea and tacos!!!)

What is your creative process like? What is your typical experience starting a track, “from idea to finished recording”?

I always start listening to all the references the publisher sent me. Never listen to just one, if not, you are going to replicate that particular track. This way I get the general vision of what is needed.

I start sketching on a piano or on a full string patch, either spiccato or sustains. And when I get a good idea, I build around it with more elements. Sometimes just a sound can inspire me, or a chord progression. The intro, the orchestration and all the drop/risers always come at the end. If time would allow, I leave the track aside for a few days and come back to it hoping it’s still good.

Who are your biggest inspirations?

I love Thomas Bergersen (who doesn’t?) because he’s really versatile and musical! Punchy, orchestral, interesting themes and well produced. I wish we could have more of this type of music in big trailers nowadays but that’s not what the “cool kids” want.

Hans Zimmer is a big part of my inspiration. The complexity of his music doesn’t come from harmony but from the “sound creation”. For me, this is just as impressive as well-orchestrated and harmonically complex music.

And for sure, “The Maestro”,  John Williams, as I grew up with his themes in my head as a child. Even so, trailer music is not as harmonically complex as JW’s music. It’s really interesting to get a sense of why it works. I learned a lot on how to develop my style with his scores.

I tend to listen to a lot of different style of music and there’s always something to learn from it. I’m not tied to one style, life would be too boring!

Some many good music this days! I can’t get enough of it!

What was the biggest thing you struggled with when you were just starting out as a composer?

Making money out of my music and getting respected as an artist. I tend to feel LA is better for that but Europe was a nightmare. I would go to networking events and people would listen to my music, “Oh, it’s great I like it! But what did you do? Anything well-known?” And when people realize you don’t have that many credits, they tend to reject you as if you are worth nothing. It’s pretty hard to deal with rejection when you’re starting out. I think we all start as horrible artists, but we get better over time.

Congratulations on your latest release with “Humanity Divided”! Can you tell us about the inspiration that went in to the creation of this album?

Thanks! I worked with Salva on this one! I’m pretty happy how it turned out and it’s already well received by the industry! Can’t be more happy!

There a few styles of tracks we wanted to get our hands on for this album:

I think a combination of 70% of “what works” and 30% of “experimental or not trending anymore” is a good balance for an album. That’s what we tried to do with this album.

I will try to stay in LA and build a career here. I don’t see myself going back to Europe and struggling to find jobs (again).

And the work I’m doing at CHROMA is what I love, I have no plans to move from that position for now!

I would like to work on TV Shows and Video Games in the future and maybe collaborate with more artists from the pop industry. I don’t want to be stuck with Trailer Music and Ads. I wish to expand as wide as possible!

I recently did orchestral arrangements last year for Emily Bear and my friend Griffin Boice. Emily is an amazingly talented pianist that toured all over Europe!

First time in my life that my music (although more so an arrangement here) was played with a full orchestra and choirs on a show! I was so stoked!

Here is a video of one the songs I did (cover of Skyfall by Adele):

This job was pretty new to me but that what’s made it so inspiring!

Just for kicks — what kind of gear are you using currently for your music production?

I have my template consisting of a Macbook Pro 2015, Quad Core i7 2,7Ghz, 16GB or RAM for my DAW and some samples. And a slave computer (Mac Mini 2012) hosting VEP6 with the same specifications. My slave mac mini host most of my template with orchestral and Hybrid sounds!

It’s working for me but I’m looking for the new Mac Pro this year or next year! (hopefully)

I really need a better set-up to work faster and better.

What do you think is the skill that made you get where you are right now?

I think it’s being able to be see (hear) when I’m going in the wrong direction and in the good direction with my music.

I tend to compare myself all the time with other people that seem to do better than myself and I learn where my flaws are.

If you aren’t doing that,  and you aren’t getting placements, projects, movies, etc., its probably because people “don’t understand your music”. You’re either pitching for the wrong jobs or you’re not good enough. You can sometimes be unlucky but that’s a possibility I always put aside.

There are for sure other important skills like working fast or be social, but this “analyze yourself” skill is for me the most important!

..and the favorite song of all time that you wrote?

I would say “Fever Dream” from Activate 2 by CHROMA Music.

Then, “Shiver Me Timbers” published by Colossal Trailer Music is the one I had the most fun writing. It has that Pirate-ish vibe with a lot of “How To Train Your Dragon” inspiration! It’s a style of music I never did before and I really liked studying John Powell scores to make it sound better!

You can listen to it here:

Thank you Nick for joining us!

My name is Kenny, and I take care of all things operations for Evenant. In addition to being a team member at Evenant, I love composing orchestral music. I have composed and arranged music for the grammy-award winning Tabernacle Choir at Temple Square, executive producer James Clement, Chroma Music, Atom Music Audio, Peakware Studios, and others. In addition to music, I have a huge passion for travel, nature and animals. Several years ago, I drove (almost) across the USA while visiting as many national parks as possible, and I must say it was one of the best experiences ever (highly recommended). 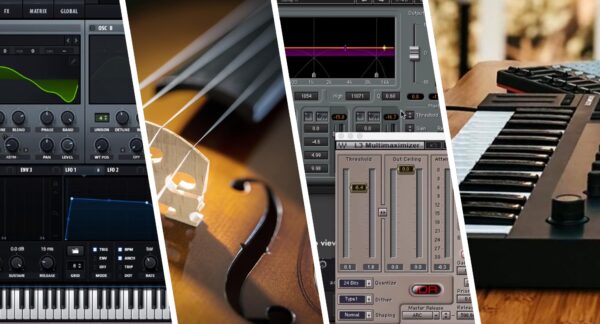 This Free Music Course is crafted for beginners who want to get started on their musical creative path in composing, orchestrating, sound designing and music production.
Categories: Interviews, MUSIC, Trailer Music 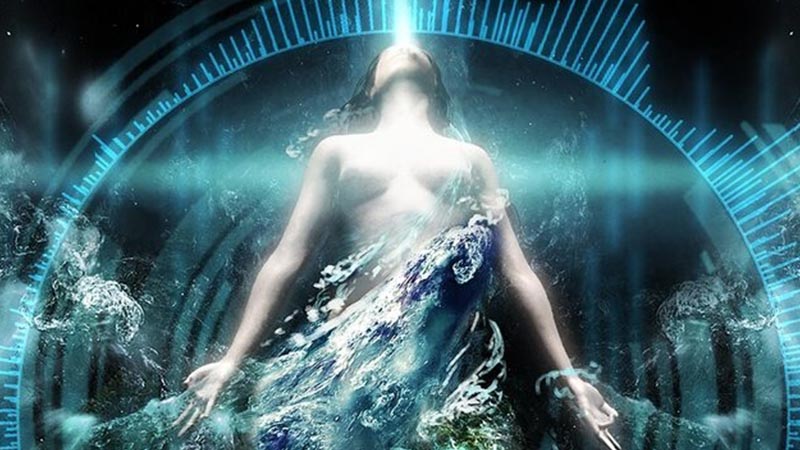