Doubling too many thirds in one chord is a common mistake that almost every beginner does when starting to write for the orchestra. Let’s take a look why this mistake is so common. Firstly, piano and guitar music works great with a lot of thirds in one chord, and since most composers start out as players of one of these two instruments, they want to copy the playing style of them into the orchestra. A full size orchestra can have up to 20 and above different instruments (woodwinds, brass, strings, melodic percussions), that are played by around 80 individuals in the orchestra, so a lot of beginner orchestrators tend to put the third of the chord in almost every single instrument group. You’ve got to have the third loud and clear to know if a chord is major or minor, right?

Now let’s take a look at why putting too many thirds in one orchestral tutti chord is a big mistake that should be avoided – if you want to achieve a pure and well sounding chord. To get a better understanding of how the orchestra works as a whole, we have to first study and understand the harmonic system/series. Play a low C1  note/tone on  your piano or on your favorite piano sample library. What you are hearing then is not only the tone of C1, but a whole series of overtones, that are produced naturally.

* The arrows by the numbers show slightly flat or sharp tones.

These so-called overtones creates the timbre of the piano and because of these overtones, the piano sounds like a piano. Every instrument has a different timbre, that is created by the ratio (loudness) of individual overtones in the overtone series. So when pressing down a C1, you are actually hearing all the notes shown above + infinity. Generally, the higher the partial (number) of the overtone is, the quieter it gets. So you must be thinking: “What does any of this have to do with thirds?”.

Look at which notes are repeating itself the most in the overtone series. The bass note (in our example C) repeats itself 5 times in 5 octaves, The fifth (G in our example)  repeats itself 3 times in 5 octaves. And the major third (E in our example) occurs only 2 times in 5 octaves. So bassically you are hearing a C major chord every time you hit a C on the piano. Training yourself to hear harmonics is very useful, but let’s leave this subject for another day. So what did we learn now? The fundamental tone (bass note) is repeated naturally the most, the second most is the fifth and the least is the third. This is the natural harmony between the notes in the overtone series, something you should keep in mind when orchestrating a well-balanced chord.

WHICH NOTES TO DOUBLE?

Doubling the fundamental tone of the chord in octaves is always a good idea, since you are not interfering with the harmonic series in any way. Every C, no matter in which octave it is, has the same harmonic overtones of its lower or higher counterpart. Adding a fifth (G in a C-major chord)  into the mix will add the G overtone series into the mix. As you can see below, you are actually adding not only a G into your C-major chord, but also a G-major chord, that is created naturally by its harmonic series. But this is not such a big problem, since all the overtones until the 11th overtone or partial (C#), which is almost inaudible, fit into the C major scale, thus they do not create any sonic problem/dissonance.

But now look at what happens when we add an E into our C-major chord. All of a sudden you are getting a G# on the 5th partial of the E harmonic series, which of course does not fit into the C-major scale whatsoever. You are also getting a F# on the 9th partial which is a tritone away from C and is thus creating even more dissonance. So every E you are adding into your C-major chord, brings with it another quite loud G# and a little quieter F#.

So in theory, with every third you add, you are also adding more unwanted dissonance to the chord. The dissonance these tones create, can become quite prominent when the third is doubled too much in the orchestra, especially when you are doubling it in almost every section and octave.

Now that we understand the basics of the harmonic series, let’s take a practical approach to using this knowledge in orchestration. I like to think of the overtones in the harmonic series as a pallet of color, that I can either enhance or reduce. Putting a third in the “right” place regarding the fundamental tone, will enhance this third and make it pop out. Putting a third in the “wrong” place or putting too many thirds in one chord will make the chord sound weak or too bright.

The goal of every good orchestrator should be to create a balanced and unified sound of the orchestra. Creating this sound is the sum of balancing out your instruments and structuring your chords based on the harmonic series. Balancing out a chord based on instrumentation is a whole subject by itself so we will leave it for another lesson, but we can quickly learn how to balance a chord based on the harmonic system. If you look at the C harmonic series again, you will find out, that you have bigger intervals first (octave, fifth, fourth, third, etc), that are followed by smaller and smaller ones. When creating orchestral chords, you want to have this spacing in mind – putting larger intervals at the bottom of the chord and smaller intervals towards the top. This way of structuring the intervals works with any type of chord, may it be major, minor, augmented or even bitonal.

Examples of well structured C Major chords. Study the positioning of each individual instrument group and the positioning of the thirds in each chord. The last two chords have two thirds in the chord, but this is not a problem since the higher third is just supporting the first harmonic (an octave above) of the lower third.

Examples of bad structured C major chords. Study what is wrong with the positioning of the chords. How many thirds are in the chord? Why do they sound unbalanced?

Another one of the biggest mistakes beginners make, is that they rush into orchestral composing without having basic instrumentation knowledge. In order to be a good orchestrator and/or orchestral composer, one has to have a good understanding of the capabilities and limitations of all instruments in the orchestra. Lack of instrumentation knowledge can make somebody write uncharacteristic and unrealistic instrumental lines that may not even be playable by a certain instrument. If you are intending to write for real musicians or you just want to create a realistic sounding midi-mockup, having the instruments play characteristic melodic lines and phrases will create a great sounding performance. So for all beginner orchestrators out there, I highly encourage you to study each individual instrument in the orchestra closely and learn its characteristics and limitations. If you have a friend that plays clarinet, invite him for some coffee and ask him to tell you about his instrument. Learn from other musicians. You can never know enough about the instruments, there is always something new to learn. Great composers such as Maurice Ravel, Claude Debussy, Gustav Holst and of course John Williams, all have/had an immense knowledge of orchestral instrumentation. This knowledge helped them in reaching their levels of excellence.

Upon Hans Zimmer’s invitation he moved to Los Angeles in January of 2018 to start working as a full time composer at Bleeding Fingers Music.

Get And Member Perks With Our All Access Pass 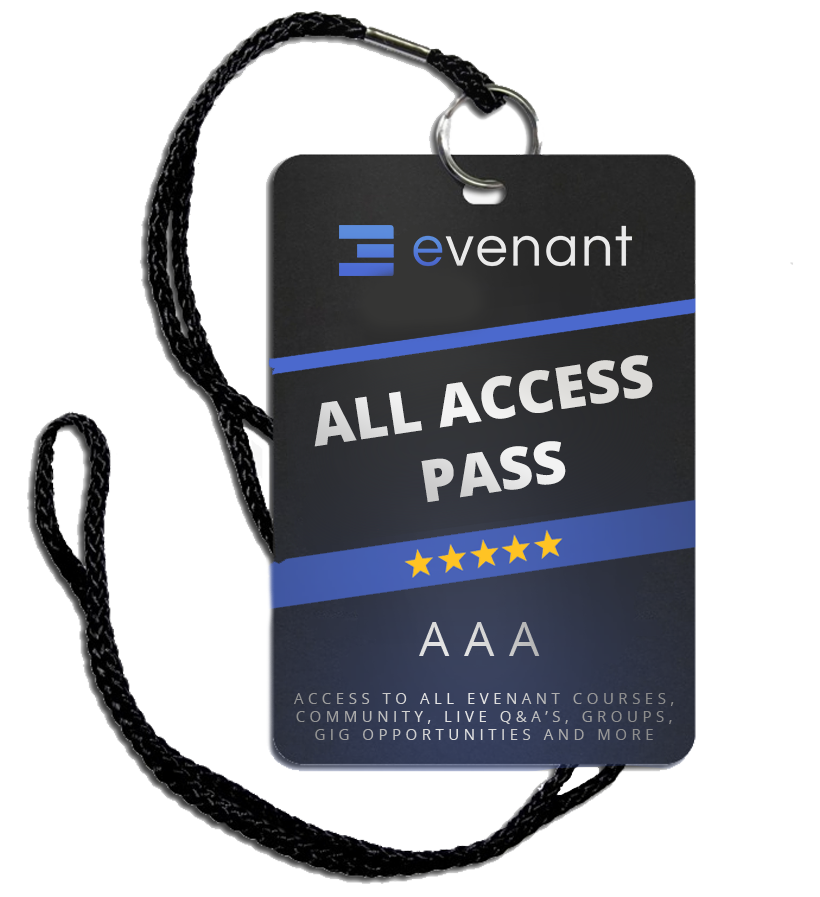 Get access to all our courses, tutors, live Q&As, discounts to premium workshops & mentorship programs, and other live events, private groups, job opportunities, and everything Evenant stands for with the Evenant All Access Pass for just $49/month.

In this course, you will find introductory training in Theme Writing, Trailer Music, and Sound Design and Synthesis—all areas that can greatly help you to level-up your production game.

If you want to dive deeper and enjoy the full course experience, check out the rest of our courses, or get access to all of them with our Evenant Membership, 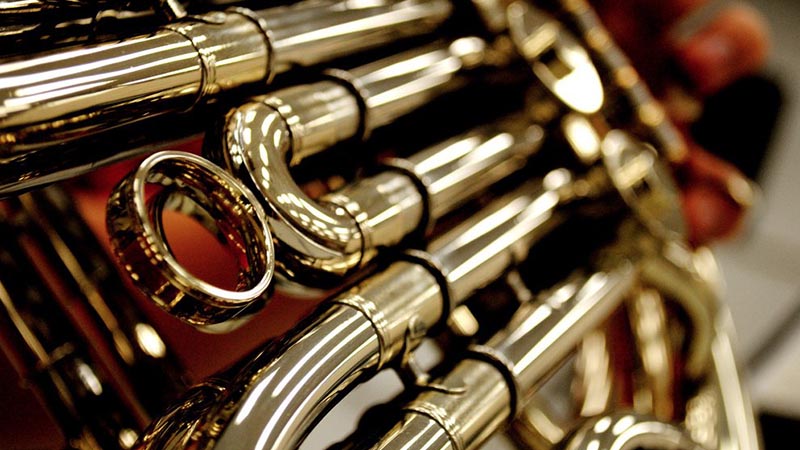 I have been getting a lot of questions on the subject of composing and orchestrating for brass, so I decided to do a short tutorial on a few proven and effective ways on how to incorporate brass into your compositions. 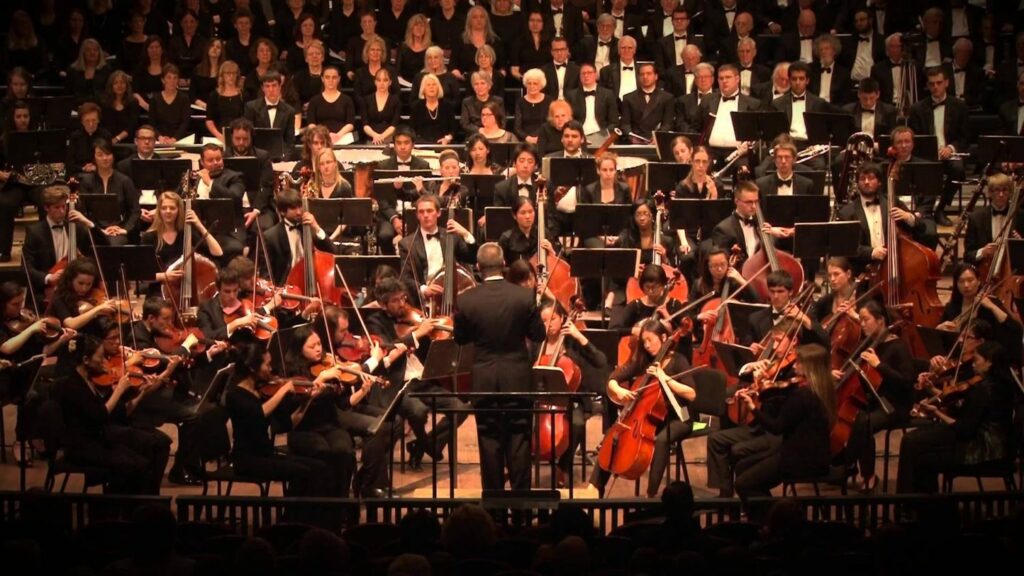