How Composing Fan-Made Music Can Help Your Career 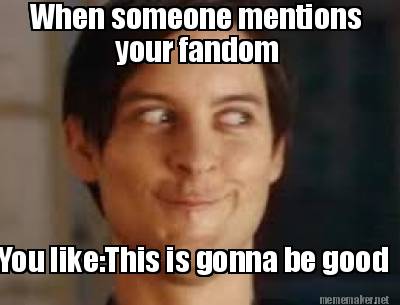 Ah, YouTube, you magnificent beast you. Sometimes we under-appreciate the significance of the internet and its ability to give us a free and uncensored (well, mostly) platform to upload our life’s work for anybody with a Wi-Fi connection to see. If you are like me, you probably cringe in amusement at hearing your music from 4 or 5 years ago, and wonder what in the world were you thinking. But somehow, you found yourself falling in love with certain fandoms and became an active participant in these online communities. YouTube, for many of us composers, also became the way in which we got some of our first jobs, and we’re eternally grateful for that.

In this article, we’ll take a look at how composing fan-made music can help you improve as a composer when just starting out. We’ll examine a few examples from fellow trailer and film music composers Benjamin Squires, Alex Moukala, and a few examples of my past work. But you can basically spend all day finding some amazing composers who have re-interpreted their favorite franchises (be it film or games), and so I invite you to post some of your favorite pieces of fan-made music (your own or another composer) in the comments below! 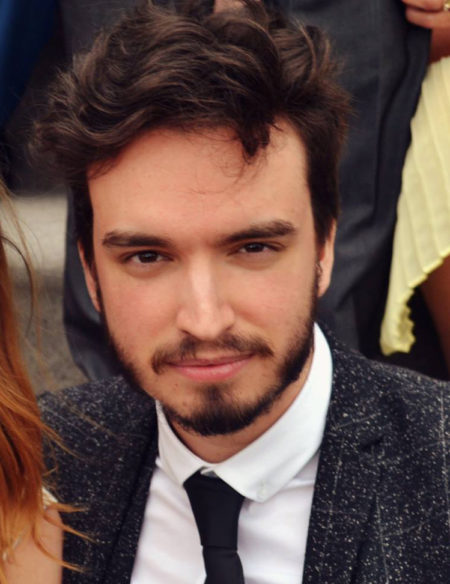 A few days ago I ran across Benjamin’s superbly epic and incredibly well-crafted Spider-Man: Homecoming theme and I immediately reached out to ask him to give us a few thoughts behind this piece, which as of today already has 1 million+ views!

Here’s what Benjamin had to say:

“When I first started writing music and pursuing my interest in film scoring, I uploaded awful, but important compositions to my YouTube channel. Awful in the sense that the quality of the samples was poor and the mixing was somehow even worse; important in a way that I was able to express myself publicly (never gaining the attention of more than 100 people, of course) and get my ideas out there.

I was inspired by what I considered to be amazing film music, I wanted to look deeper in to the writing process – what are those violins doing? What is that percussive instrument? Can I recreate this? And if so, what’s stopping me becoming a great film composer myself? With no education in film composition (and barely any in music theory), I was excited to dive in to already established, loveable themes.

“My earliest foray into this kind of passion project, despite only garnering 5,000 views, did actually earn me work. A young and aspiring film director from the other side of the globe was keen on my music and soon to be making another short film. We kept in touch through YouTube and eventually Facebook, and I went on to score his short horror film as well as provide additional sound design and mixing.

“I only managed 3,000 views with this one, but it actually led me to an important milestone in my career. A YouTube channel specializing in cosplay music videos with 100,000 subscribers was making a Star Trek comedy sketch, and they were impressed with my fan soundtrack. I was elated; I went on to score their sketch (for free, of course) and couldn’t believe that my music was heard by 40,000 people. I still work with this channel today whenever I can.

“This composition and release was actually a little bit more calculated – a small portion of the official Spectre theme had been released, and I basically wanted to do my own version leading on from what was already released. I released the track just as people were searching for the official theme, and it got a lot of love from fans. This piece of music led me to some of my most rewarding and high profile work of my career at the time.

A James Bond fan to rival me, Jack Howard, heard the track and was immediately impressed. Jack is half of the YouTube channel ‘Jack and Dean’, a British comedy duo home to over half a million subscribers, and he was in the middle of making a series for Fullscreen. I made enough of an impression that I was brought on board to help write and orchestrate a musical number for an episode of the show, but eventually went on to score the whole series after speaking more with Jack. We’ve now worked on two series’ and a lot of sketches together, with much more on the horizon.

Finally, this June, I released ‘Spider-Man Homecoming – Original Soundtrack Extended’. At the time of writing, it has over 1,000,000 views.

This track, with the attention it’s gotten, is more likely to provide me with a cease and desist letter as opposed to a job offer! But the response from fans has been incredible. It has more views than any of the cues from the official soundtrack and was the most fun I’ve had writing a fan score.

I didn’t need to come back to YouTube and do this track; I was in the middle of scoring two TV shows (I still am!) and a handful of short films. I just really, really wanted to. Writing this sort of stuff, simply because you want to, is very important – it can be extremely cathartic.

When I uploaded these tracks to YouTube, I never expected any of them to get me gigs. They are, and will continue to only be passion projects. But you never know who is listening.” 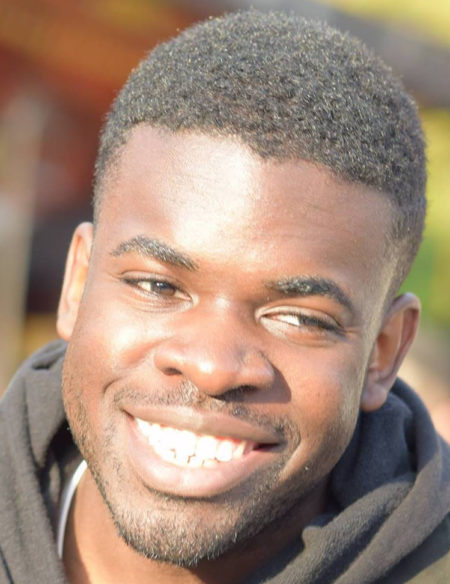 Alex has been one of our more recurring blog contributors at Evenant, and we’re so grateful for all of the awesome video tutorials and walkthroughs he does on an ongoing basis, and his YouTube channel is a really great resource for young composers. His Final Fantasy covers are incredibly epic, and if you’re a fan of FF, you’ll appreciate how Alex pays tribute and in many ways enhances the source material.

Be sure to also check out his extensive live streams where you can watch him compose and create these fan-made pieces from scratch:

Some of my work 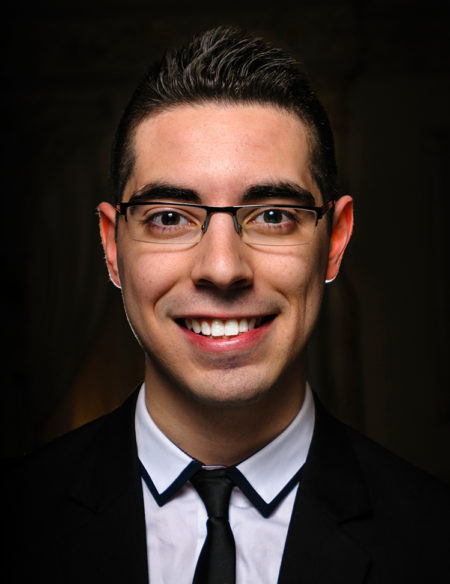 As for me, the Harry Potter universe was my fandom of choice. I was 19, had just rented my first apartment, and one of the ways I was able to cope with everyday struggles of life was immersing myself into Harry Potter and the Deathly Hallows and imagining what the soundtrack might sound like for the upcoming movies. At first, I thought it a good exercise to take the iconic Hedwig’s Theme and just play around with the melody inside my Logic 8 orchestral samples. This first fan-made piece was definitely lacking in compositional structure, harmony, proper orchestration, and basic mixing skills. Nonetheless, it was the first one to be uploaded on YouTube, and after receiving generally positive feedback from the comments and HP community, they encouraged me to compose a few more. This became a 3-year project where I took some of the best chapters from the book and created a piece; either based on existing themes from John Williams, Patrick Doyle, Nicholas Hooper, and Alexandre Desplat; or simply wrote new themes that would fit the context of the story.

Naturally, this led to a desire to better my skills at composition, harmony, orchestration, and ultimately film scoring. Despite going to university for formal training, creating fan-made music for Harry Potter was what motivated me to dive into full scores, understanding how and why certain instruments doubled best in certain passages; how a melody could function best with this grouping or that harmonic progression… all of the things I was already learning at school were being applied in equal measure inside my fan-made compositions, and I think young composers should definitely try (at least once, for fun) their hands at recreating or writing their own interpretation of their favorite fandom.

The culminating piece in my Harry Potter fan-made series was The Battle of Hogwarts, which had taken me over 1 month to compose, and at a 9-minute running time was also the most difficult and emotionally exhausting to complete. By this time, I had already invested in Hollywood Strings and improved my studio setup, but I still had a long way to go in improving mixing and mastering. Nevertheless, this piece became a really useful demo piece to show directors and producers, and the series got me connected with people who I’m still working with today! Keep that in mind when building your portfolio, and as Benjamin mentioned earlier… you never know who’s listening.

How a school project became a company: The Media Music Concert

While at York University in Toronto, my classmates and I decided to create a fun little show where we could arrange and have fun performing music from our favorite films, tv shows, and video games. This culminated in the creation of the Media Music Concert, which recently celebrated it’s 5th anniversary show and has became a yearly tradition at my school.

This documentary below highlights all the chaos, stress, and completely and utter fun we had attempting to put together a live performance of fresh arrangements from students who had just started composing and learning about orchestration, not to mention going through the political hierarchy of putting together a live show:

Aside from the valuable hands-on experience, I also made some pretty valuable friendships which later became the foundation for co-founding MASTR Studios, our own film scoring company in Canada. So you never know how these “passion” projects can eventually help in your career! 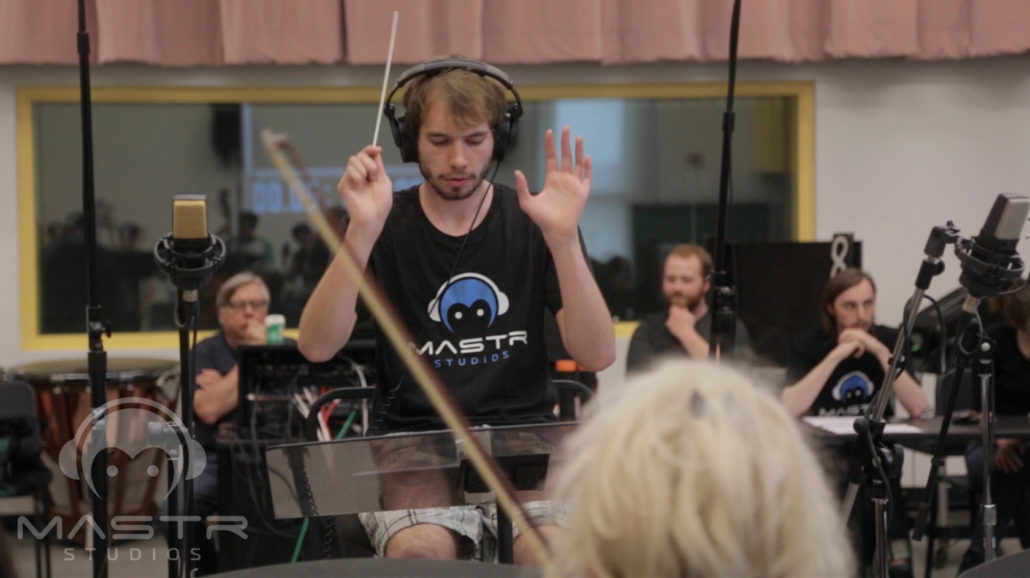 Avatarology: Inspired by The Last Airbender & Legend of Korra

I loved watching Avatar: The Last Airbender back in high school. It made for some amazing entertainment and was also a pretty progressive show for a Nickelodeon show. The same can be also said for The Legend of Korra, which somehow made the Avatar universe more beautiful and resonant with global problems. Along with the fun characters and action-packed storylines, the original music composed by Jeremy Zuckerman and The Track Team left a lasting impression on me, that I also decided to create an album inspired by the series (let’s also pretend the movie never happened). It was a fun challenge because it allowed me to finally make good use of my Quantum Leap RA samples from East West, where I layered multiple oriental instruments with the orchestra to create music representative of each nation: Water Tribe, Fire Nation, Earth Kingdom, and Air Nomads (plus a tribute to the end credits music from Korra).

So that’s it for now! I hope these examples have been of some use and inspiration, and hopefully we’ll hear some of your fan-made music on YouTube someday. I invite you to post some of your favorite pieces of fan-made music (your own or another composer) in the comments below. Looking forward to listening!

Thanks, and until next time! 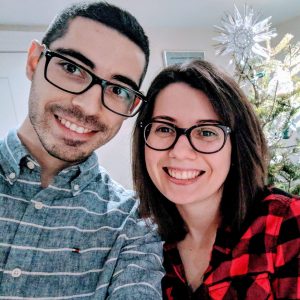